Deathly E. coli: bean sprouts may be behind bacterial outbreak

Bean sprouts may be behind Escherichia coli outbreak.

German-grown bean sprouts have been identified as the most likely potential source of the deadly E. coli outbreak in the north of Germany, authorities said on Sunday.

There was no definite proof as yet but “a connection has been found involving all the main outbreaks,” the agriculture minister for the state of Lower Saxony, told a news conference.

In a statement, the ministry also advised Germans to “not eat any bean sprouts right now!”

The recent outbreak of an E. coli infection in Germany has resulted in serious concerns about the potential appearance of a new deadly strain of bacteria. In response to this situation, and immediately after the reports of deaths, the University Medical Centre Hamburg-Eppendorf and BGI-Shenzhen (Chinese Genetics Institute) began working together to sequence the bacterium and assess its human health risk. BGI-Shenzhen has just completed the sequence and carried out a preliminary analysis that shows the current infection is caused by an entirely new super-toxic E. coli strain.

Upon receiving the bacterial DNA samples, BGI (formerly Beijing Genetics Institute, now BGI-Shenzen) finished sequencing the genome of the bacterium within three days (!) using their third-generation sequencing platform. Bioinformatics analysis revealed that this E. coli is a new strain of bacteria that is highly infectious and toxic. This new strain has been evolved by horizontal gene transfer that means that a formerly non-hazardous E. coli strain has taken new genes up. These genes originate from patogenic bacteria, which are normally living in the intestinals of animals and not susrviving in the nature for a long time.

According to the results of the current draft assembly, the estimated genome size of this new E. coli strain is about 5.2 Mb. Sequence analysis indicated this bacterium is an EHEC serotype O104 E. coli strain; however, this is a new serotype — not previously involved in any E. coli outbreaks. It is a Shiga toxin-producing E. coli O104, its abbreviated name is: STEC O104.

Comparative analysis showed that this bacterium has 93% sequence similarity with the EAEC 55989 E. coli strain, which was isolated in the Central African Republic and known to cause serious diarrhea.

This new strain of E. coli, however, has also acquired specific sequences that appear to be similar to those involved in the pathogenicity of hemorrhagic colitis and hemolytic-uremic syndrome (HUS). The acquisition of these genes may have occurred through horizontal gene transfer. The analysis further showed that this deadly bacterium carries several antibiotic resistance genes, including resistance to aminoglycoside, macrolides and Beta-lactam antibiotics: all of which makes antibiotic treatment extremely difficult.

The sequences of this new E. coli strain have been uploaded to NCBI (SRA No: SRA037315.1) and are also available for immediate download at ftp://ftp.genomics.org.cn/pub/Ecoli_TY-2482 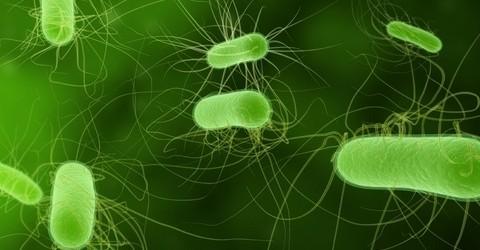